Intuit other major tax preparation software companies are now prohibited from hiding their free filing services from Google or other search results pages as part of a new agreement with the Internal Revenue Service.

In a press release Monday, the IRS announced several changes to a longstanding agreement with the Free File Alliance, a group of twelve tax prep companies that includes TurboTax maker Intuit and H&R Block.

The Internal Revenue Service is making it easier for taxpayers to save money in tax prep and delivered a blow to the TurboTax and H&R Blocks of the world this week. 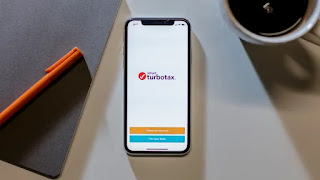 Previously, the IRS had promised not to compete directly in the online tax filing marketplace in exchange for FFA companies offering free filing services to any taxpayers earning less than $69,000 — approximately 100 million Americans or 70% of all taxpayers.

There are two types of Free File. For those making an adjusted gross income of $69,000 or less, the IRS has partnered with 12 companies as part of the Free File Alliance.

As part of the addendum announced Monday, however, the IRS revoked that promise. Under the updated agreement, companies are also “prohibited from engaging in any practice that would cause the member’s Free File landing Page to be excluded from an organic Internet search.”

First, the site was advertising “free filing” on their homepage and throughout the site. No matter what happened when ProPublica tried to file taxes, there would be a charge. Sometimes more than $200.

It seems pretty simple. Taxpayers work with the tax service matched to them, fill out their tax return forms and file. There should be zero costs. So, why are not many people taking advantage of the program?

In April 2019, an investigation by ProPublica found that Intuit and H&R Block were deliberately hiding their free filing services from Google and other search engines. ProPublica also reported in October that Intuit has spent decades lobbying against efforts to make it easier for Americans to file their taxes for free.

“Intuit is – and for two decades has been – deeply committed to providing free tax preparation and filing for those who need it the most,” the company said in a blog post Monday, calling the new IRS agreement a “meaningful step forward.”

Changes were made this week to the Internal Revenue Service’s Free File Agreement, which keeps TurboTax maker Intuit and other companies that the IRS has partnered with, from obfuscating their free software from the eyes of online search engines like Google.

In an emailed statement to Business Insider, a spokesperson for H&R Block said the company “is proud to have helped millions of Americans file their returns for free, including under the IRS Free File program. We continue to support the IRS Free File program and will again participate in the program as recently amended for the upcoming tax season.”

H&R Block also announced in a press release on the same day as the IRS agreement update that its virtual tax prep service, Tax Pro Go, is now available for $99 at more than 3,300 Walmart locations.

The previous version had the government stay away from the market under the notion that the allied companies would provide the best service they could to any American looking to file their taxes online. Intuit and H&R Block’s actions have lost them the IRS’s trust.

The Free File Alliance’s goal is to provide less fortunate people with a viable method of doing their taxes online, purposefully hiding the free software from search engines comes across as a predatory tactic to squeeze money out of those who cannot afford it.

The IRS has not yet announced any plans to offer its own tax filing service, but the new agreement paves the way for it to do so, which could significantly disrupt the commercial tax filing industry.