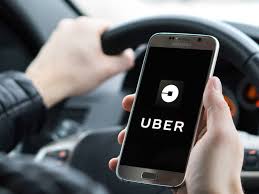 This will be one of the nights with the highest demand of the year for this type of platform.

The passenger transport application, Uber, delivered a series of safety recommendations for users who opt for the service on New Year’s Eve.

The company expects a high demand, so it advises:

One-. Check the trip: It is very likely that many people ask for a vehicle through Uber in the same sector and at the same time. That is why it is very important for the user to verify that the data of the vehicle and driver share correspond to those that appear in the application. The model of the car, patent, name, and photograph of the driving partner are some data that the platform shows so that the user can confirm that he is getting on the right vehicle.

Two-. Share trips: Uber users can share their trips with five trusted contacts. In this way, as soon as they are connected to the driving partner, the user can activate this option in the application. This security tool allows contacts to follow the route on the map, and also see the data of the driving partner and the make or model of the vehicle.

The company that created the private transport application placed advertising on the streets of the city and said that about 11 thousand people were interested in being part of the job offer. The poster that the creator of the private transport application, Uber, placed on the facade of a building of Sarmiento y Colón. To the expression of desire, a web address is added to where the notice invites to go to “learn more”.

The appearance of publicity on the public highway promises to revive a controversy that was thought to be silenced, after the energetic rejection of the Buenos Aires taxi drivers at the presentation of the project of deputy Guillermo Castello, to enable the transport network companies that operate through of digital platforms such as Cabify, UBER, Lyft, among others, throughout the territory of the province of Buenos Aires. However, the project had no legislative treatment and the debate seemed to cease, in the middle of a year in which the governor Maria Eugenia Vidal preferred to avoid -more- conflicts with the intendants.

However, the possibility that the new alternative finally arrives in the city, comes shortly after the Justice failed in favor of one of the drivers who worked in Capital and ratified the legality of the company, which could ignite the alarms of the “yellow roofs”.

The truth is that, in July of this year and in full discussion by the presentation of the legislator of the PRO, the owner of Servitaxi, Raul Vicente, said, without half measures: “We do not want it for Mar del Plata, Uber in the whole world generates violence”, while stressing that” unlike Uber “they had to meet” multiple requirements “. Among the obligations indicated are the acquisition of licenses, number of minimum hours in circulation and age of the vehicle, among others.

On the other hand, they warned about the difficulties that the arrival of the firm could have in the workers of the sector taking into account the economic and social context of the country, at the time, the decrease in consumption added to the strong increase in costs were the main factors why it would be detrimental to share more of the same “cake”.

In a city where a Zero Tolerance ordinance rules by decree, the application vindicates the idea of ​​not drinking alcohol when driving. ” When Uber began operating in Tampa Bay, Florida, arrests for driving while intoxicated dropped by 30 %. We hope to have the same impact in Mar del Plata, “they said.

Finally, the issue of “reducing traffic and pollution” also appears as another reason to accept the service in the city. “Uber can be another piece of the solution, by encouraging people to stop using their private car for the benefit of everyone,” they say, and then insist: “Help us get Uber to Mar del Plata!”