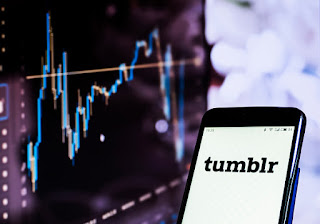 The social platform Tumblr reported that as of December 17, all content for adults will be removed and considered as pornography.

In the middle of last month, Tumblr received a heavy blow when seeing his application disappear from the App Store. At first, it was not known what happened, although it was finally discovered that the cause was child pornography that some users had published on the platform.

Two weeks after that incident, Tumblr has announced that the adult content in its service is over.That means that from December 17 will eliminate all publications of this type and will be prohibited from now on.

We can ask ourselves “what is really adult content”. In the post they have published to announce this important change Tumblr ensures that all photos, videos or GIFs in which they appear genitals, female nipples or any manifestation of the sexual act.

Tumblr will erase all adult content from your platform

Many users have expressed their discontent in other social networks, declaring that they used Tumblr to consume and share this type of content. The most repeated comment is that Tumblr will cease to exist on December 17.

Yahoo said that adult content was not a problem

In 2013, when Yahoo officially closed the purchase of Tumblr, Marissa Mayer (CEO of Yahoo) made a statement to reassure users of the platform, implying that the adult content was not in danger.

“I think the richness and breadth of content available on Tumblr is what makes it really exciting and allows us to reach more users.”

Tumblr will prohibit its users from sharing adult material

When searching from the mobile application words like “gay” or “bisexual” resulted in absolute nothingness. At that time they sang the “nothing has changed”, stating that they were taking measures “to prevent users who do not want to see this content from being able to avoid it”.
I think we can all agree that child pornography is very harmful to society. What happens is that Tumblr (which now belongs to Oath) instead of solving this particular problem, has opted for a more radical option. The company ensures that, through algorithms, will be able to automatically remove all adult content that has been published in the past, present and future.
Putting in the same bag “female nipples” and “child pornography” again shows that the Internet is a very difficult place to govern and in which (sometimes) somewhat absurd laws are applied.

Tumblr has not managed to manage child pornography and all the “adult” content has ended up in the same bag. Do not forget that Tumblr was launched in early 2007. In these 11 years we have seen how Internet and society has evolved in many aspects. Not so long ago, people with a “different” sexuality had no place to express themselves or to find people who were going through the same thing.
Tumblr played a decisive role in this, with thousands of blogs that reigned homosexual, bisexual, etc. Within a few days, a stage in Tumblr closes, and it seems that most users think it is a suicidal decision.
In this thread of Reddit explain perfectly how Tumblr did not know how to manage anything well the problem of child pornography, eliminating publications but leaving intact the original content and the comments of other users.