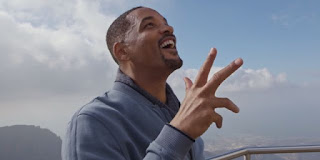 The count of the year 2018 exceeded in one week the record that “Baby” Justin Bieber had achieved in eight years.

Last week YouTube unveiled its annual retelling known as YouTube Rewind, the video that aims to bring creators together and themes that set trends on the platform during the year.

However, the video that by its premise should concentrate the most popular site and therefore the approval of users, ended up becoming the content with more I do not like in the history of the site.

Justin Bieber was the absolute king of dislikes on YouTube until today. Until YouTube has had to overcome the world pop superstar.

YouTube Rewind 2018 is already the most hated video of the platform with more than 10 million dislikes in less than a week, a spectacular figure counting on Baby’s video of the Canadian held the absolute record for almost a decade.

The massive rejection of the summary of what happened on its platform in 2018 also talks about the exponential multiplication of videos consumed on Youtube.

A circumstance that we have seen also occur in the music industry where Despacito Luis Fonsi and Daddy Yankee is about to graze the 6,000 million views when until a couple of years ago exceed 2,000 million aBut the criticism from the public and the Youtube community does not seem to have been received on Youtube, which has been satisfied with the results of the video: “Every year, when we launched our Rewind, our main goal is to get the community get involved with him. This includes giving like and dislike to the video. With millions of comments, millions of “likes” and “I do not like”, and more than 100 million visits, we are satisfied with the results. “

Beat a record on your own platform sounds positive. The problem is when that record is for having the most disliked video in history, something YouTube just got.

Everything pointed to this happening very quickly since this week has been accumulating dislikes by leaps and bounds. Finally, all the predictions have been fulfilled and he has snatched this title from Justin Bieber’s ‘Baby’. It has already exceeded 10 million dislikes

Currently, it already adds more than 10 million “I do not like” (data from Likes Counter), while that of Justin Bieber slightly exceeds 9.9 million dislikes.

After all, they are still receiving visits and marketing the publicity of that video although we do not know what the company would like to appear in a video with such negativity.s did PSY was unattainable. Something YouTube just got.

Everything pointed to this happening very quickly since this week has been accumulating dislikes by leaps and bounds. Finally, all the predictions have been fulfilled and he has snatched this title from Justin Bieber’s ‘Baby’.