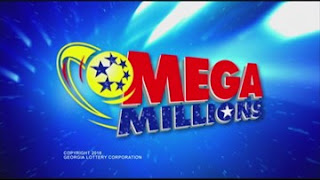 The Mega Millions begins with an explosion on New Year’s Day.
The year 2019 will open with the eighth largest prize in the history of this lottery: an estimated jackpot of $ 415 million ($ 248.8 million in cash) for January 1. The jackpot accumulates after no ticket equals the six numbers drawn on December 28: the white balls 9, 10, 25, 37 and 38, plus the Golden Ball 21.
The draw next Tuesday will be the fifth Mega Millions draw for the first day of the New Year. The jackpot of this lottery had a winner on January 2008, 1,211,753 tickets were winners at all prize levels. Six tickets matched the five white balls to win the second prize of the game. One, sold in Washington, included the optional Megaplier and has a value of $ 2 million. The others were sold in California, Florida, Georgia, New Jersey, and Pennsylvania.

Thirty-six tickets matched four white balls plus the Mega Ball for the third prize of $ 10,000. Seven of them are actually worth $ 20,000 because they also include the optional Megaplier.

How to Play
With this draw, you can be the winner of the maximum prize if all the numbers match including the yellow ball (the Mega Ball). Choose 5 numbers from 1 to 75 and a Mega Ball number from 1 to 15 or select “QP” (Quik Pik). Increase your prize by $ 1 more per play, you just have to check the Megaplier option.
The first prize in this draw is $ 208 million, the second prize is $ 3 million. If the 5 numbers and the Mega Ball match, you will win the first prize; if the Mega Ball does not match, you will win the second prize.
Since the last major prize was won on October 23, there have been more than 12.5 million winning tickets at all price levels, including 27 for $ 1 million or more.
No jackpot winning tickets were sold for the Mega Millions draw on Friday night, which raised the jackpot to an estimated $ 415 million.
The winning numbers were 9, 10, 25, 37 and 38. The mega ball was 21.
Although no jackpot-winning tickets were sold, five Match 5 winning tickets were sold in California, Florida, Georgia, New Jersey, and Pennsylvania. The tickets have a value of $ 1 million each. In Washington, a Match 2 + Megaplier ticket was sold for $ 2 million.
The year 2018 comes to an end with five Mega Millions awards won in the last 12 months, including a jackpot of $ 1,537 billion on October 23. Only one winning ticket was sold for that raffle; the incumbent in South Carolina has not yet turned up. The other four awards accumulated in 2018 were January 5 ($ 451 million in Florida), March 30 ($ 533 million in New Jersey), May 4 ($ 142 million in Ohio) and July 24 ($ 543 million in California).