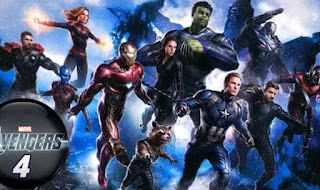 The official title of “Avengers 4 ” is related to one of the final moments of “Avengers: Infinity War”

The official title of “Avengers 4 “was kept secret for months, but that mystery is over. Why the movie will be called ” Avengers: Endgame “? The answer is in the previous film of the saga.

Recall that in” Avengers: Infinity War “, Dr. Strange (Benedict Cumberbatch) saw millions of possible futures and only one of them the Avengers could win.”We’re in the endgame now,” he said.

“Endgame” can be translated as “end of the game”, as well as “final stage” or “conclusion”. “We are in the final game”, is the translation used in the Latin dubbing of the film, just after Strange gave Thanos the Gem of Time.

One of the most commented theories throughout this year was that Strange knew that, to stop Thanos, he had to let him win. How is it that the “crazy titan” will fall? Will it be possible to recover the missing persons after the catastrophe?

The answer is yes. After “Avengers 4 “, the film that will be located chronologically is” Spiderman: Far From Home “, which implies that necessarily the arachnid hero Peter Parker, who disappeared in the genocide of Thanos, will come back to life.

It has been on the web for 21 hours and has already garnered more than 38 million views on the official Marvel YouTube channel alone. It is the highly anticipated trailer for the fourth film of ‘Avengers’, titled with the suggestive name ‘ Endgame ‘.

Users who have already seen it have not wanted to miss the opportunity to show what they thought of this first video of the film that will arrive in theaters next May. In character, realizing that the team that fought against Thanos was finished, he tells Iron Man: “Now we are at the end of the game.”

In a press tour, the Russo brothers said that the title for Avengers 4 was breaking new ground, and had no direct correlation with any famous comic book, As the preview of ” Avengers: Endgame ” shows, Captain America, Black Widow, and Hulk will join forces to defeat Thanes; who finished with half of all living beings in the universe.

In the first minutes of the advance of “Avengers 4”, Tony (Robert Downey Jr.) makes clear his situation: the food ran out days ago and the oxygen will only last an additional day. It is in the Milano, ship of the Guardians of the Galaxy, Can Tony Stark be saved? Maybe the answer is not whether he can find a way to save himself, but who will save him. Maybe that is the ideal time for the appearance of Captain Marvel (Captain Marvel).

Officially, Captain Marvel (Brie Larson) will appear in her own film, which will be released a few weeks before “Endgame”. It will be a story set in the 90s where we will see the youth of Nick Fury and Phil Coulson.

In “Infinity War,” Fury dialed a beeper to call Carol Danvers. After that, it remains to be determined how she will locate Tony Stark.
“Avengers: Endgame” will show the most powerful heroes on Earth in their final fight against Thanos (Josh Brolin), who ended half of life in the entire universe. The key to this is Scott Lang (Paul Rudd), the Ant-Man.

Johnny Depp retired as Jack Sparrow from ‘Pirates of the Caribbean’