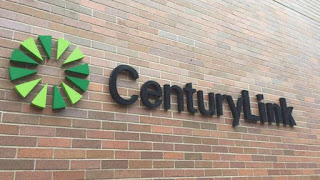 Many US residents were left without the Internet. Problems arose due to the failure of the telecommunications company service provider CenturyLink.

Users of 37 US states suffered as a result of interruptions in the Internet provider CenturyLink. Problems with the Internet have arisen in the morning on Thursday, December 27th. The Internet has disappeared from most CenturyLink customers and some Verizon customers.

The exact number of users who remained without communication is unknown. Users from California to New York have suffered. Emergency 911 services in the several US states UU They remain inactive after a massive interruption in a CenturyLink data center.
The disruption began after 12 pm ET on Thursday, according to the CenturyLink status page, and continues to cause disruption to 911 call centers. Some states have seen their services restored.

In the US, there were problems with the Internet

CenturyLink has not said what caused the disruption beyond a problem with a “network element”, but said in its latest update, around 11 am ET on Friday, that the company said it was “seeing good progress, but our job of restoring the service is not complete.”

In a tweet,CenturyLink added that it was “working tirelessly” until the affected systems get back online and work.
CenturyLink, one of the largest telecommunications providers in the US UU., Provides Internet and telephony services to the main cellular telephone companies, including AT & T and Verizon. Data center or fiber problems can have an impact on other companiessince they eliminate the service and cause blackouts at the cell site.
In this case, the interruption affected only the 911 cellular calls, and not the fixed line calls. Some residents of the affected areas were sent emergency warnings to their cell phones, warning of the interruption of service. The affected areas include Seattle, Washington and Salt Lake City, Utah. Several other states, including Idaho, Oregon, Arizona, and Missouri, are also affected, local news reported.
Many other police departments published alternative numbers for 911 in case of an emergency.
Police in Boston, Massachusetts tweeted that their service was restored this morning.
According to the representatives of the provider, the company knows about the failure and is making every effort to troubleshoot.
According to the web service Downdetector.com, the problems began on the night of December 28th. Most users complain of disconnection from the network. Ajit Pai, president of the Federal Communications Commission, which regulates and supervises 911 services, said the commission is investigating the interruption of the service.

“When an emergency occurs, it is critical that Americans can use 911 to reach those who can help,” Pai said in a statement. “The interruption of the CenturyLink service is, therefore, completely unacceptable, and its breadth and duration are of particular concern.”

“I have instructed the Office of Public Safety and National Security to immediately initiate an investigation into the cause and impact of this court.” This investigation will include an examination of the effect that the CenturyLink disruption appears to have had on 911 services. Other providers, “he said.
The problems also affected individuals as well as government departments, including the Idaho State Department of Education, banks, courts, medical centers, and 911 emergency services in Washington State.
“We are seeing a positive trend in the restoration work and are doing everything possible to speed up this process as much as possible. We apologize for any inconvenience that could have been caused to our customers,” the company’s representatives wrote on Twitter. At the central office of CenturyLink, they did not disclose the exact number of customers who had experienced communication disruptions but expressed the hope that they would be able to resume work soon.
CenturyLink is engaged in connecting to the Internet, digital television and multi-channel IP-telephony. According to the TV channel “360“,not only ordinary Americans use the company’s IP-telephony, but also the state tax commission, as well as the office of the Idaho governor.
They did not inform the company about the completion of the repair work, but they assured that they “intend to work until the services are restored.”
CenturyLink has already announced that it has identified a network element that affects customer service. The company is already working to resolve the problem.