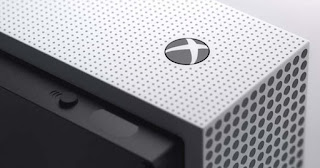 Microsoft is preparing to launch one more version of its Xbox One, specifically one derived from the Xbox One S and that would have as a feature that will not have a disc reader.

Something unprecedented, while video games are sold mostly in physical format. But it seems that the Redmond Company wants to offer a significantly cheaper version – they speak of only $ 200, at most – and that, obviously, it would be limited to digital games.

On many occasions, it has been discussed the possibility that PlayStation 5, and the next generation of Microsoft’s Xbox come without a disc player, and limited exclusively to digital video games. Both Sony and Microsoft have been trying to promote this distribution channel for some time, but the market for games in physical format is still crucial for one company and the other. Now, launching a console with digital games is not the same as launching a version of the Xbox One S in its final years as an ‘experiment’ and offering a cheaper option.

The Xbox One S without disc player, for less than $ 200 and available from the spring of 2019

‘Microsoft is developing this product very carefully’, they explain from the media that they have revealed this information, and they detail that ‘Microsoft is aware that many of its users still prefer to buy the games in physical format instead of downloading them’. Because, as we were saying, this version of the Xbox One S without disc player would only play titles downloaded from Xbox Live.

The only details that have advanced in this regard, beyond this previous, are that the console would reach the market for less than $ 200 and that it is expected to launch to the market during the spring of 2019. The Redmond Company has not commented on this information, which would mean an unprecedented movement in the industry, but we have seen in recent months how, in various ways, Microsoft has been developing its services in the cloud and betting on the Digital environment.

An Xbox One S without disc player, and much cheaper

According to the latest reports, Microsoft is preparing to launch a new Xbox One next year, specifically in the spring and will be a version without a disc player, that is, it will be a console focused on using digital support.

The reliable source who broke the news was Thurrott, who cites anonymous sources familiar with Microsoft’s future plans. The console should be an updated version of the Xbox One S but keeping the hardware, so it will not be a new generation console, but a cheaper version that will seek to give out all the hardware that Microsoft has not managed to sell ignoring the unit reader.

While it is expected that the next generation of Xbox consoles will arrive in 2020, this Xbox One without disc reader would not only arrive at output the hardware and try to improve sales by launching the console at a price that could move above 175 euros, but it will be a “probe balloon” perfect for 2020, since among the plans of Microsoft is to launch the next generation of consoles without a reader, and the success of the Xbox One S focused on the digital format could end up conditioning future plans of the company.

Next, to the console, it is indicated that Microsoft is considering a “disk to digital” program where users can exchange their physical games for a digital download key so that they could continue to access cheap games in second-hand markets. Hand to then exchange them.

Although the Xbox One S without a reading unit for 100 euros is not a bad price, the problems linked to slow Internet connections are added, occupying more space in the storage of the console, and this would be a huge problem if it came out a Scarlett without a reading unit, because that means having to download games of more than 100 GB in weight with their corresponding updates.