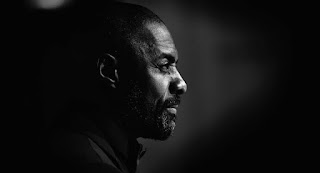 The 46-year-old British actor has just dethroned last year’s winner, Blake Shelton, as he announced on his appearance in “The Starring Tonight Show Jimmy Fallon” on Monday.

Idris Elba has been crowned as the ‘Sexiest Man in the World’ according to People magazine. The 46-year-old actor is the second black man to win this award (it was already Denzel Washington in 1996) and the third British (after David Beckham in 2015 and Jude Law in 2004). In short, he becomes the 33rd man to receive this title. The British interpreter, who in 2015 was decorated with the Order of the British Empire for his artistic work, confesses that it has been “a great surprise, an ego shot”. “I could not believe it, really.” I looked in the mirror and thought, “Yes, you’re sexy today,” he says.

But he also took the opportunity to say that today what is “even more important” is the vote in mid-term elections in the US. This instance – which renews the entire House of Representatives and a third of the Senate – is considered a referendum on the management of President Donald Trump. “Your vote can make a difference!” Wrote the actor addressing his fans.

But what nobody could have ever imagined is that Elba had felt at some point in his life “the ugly duckling”. “He was tall and thin, and had a complicated name, they got in with me a bit … until I let my mustache grow and I was the coolest guy in the neighborhood. “Speaking of neighborhoods, the protagonist of ‘The Wire’ has a good relationship with Prince Harry and went to his royal wedding with Meghan Markle. “We are very friendly, is a colleague of the neighborhood,” confesses the now officially ‘sexiest man in the world’.

Idris Elba is crowned as the sexiest man in the world

The parameters that the publication follows, which began to elaborate this special issue in 1985 with a then very young Mel Gibson as protagonist, focus less on the physical and more on finding a rising star that has proven to be respectful of women and a kind and generous person of spirit in general, qualities that apparently the British interpreter gathers in abundance.

The interpreter was named Knight of the British Empire in 2015 by Queen Elizabeth II and among his new projects is the comic series that will premiere on the platform Netflix Turn up Charlie, which produces and stars, and the role of villain in Hobbs and Shaw, a type derived from the universe of Fast and Furious.

Well known for his many cinematic performances in Beasts of No Nation, Mandela: A long way to freedom …, Luther and The Wire, Star Trek 3 and the Saga Thor …, this British actor will be back in the limelight for his role in Hobbs and Shaw, the spin-off of fast and furious.

He also revealed that his favorite song of the moment was Johanne of Lady Gaga, which makes it even sexier! Last year, actor Dwayne “The Rock” Johnson won the title of People Magazine’s Sexiest Man of the Year, along with David Beckham, Ryan Reynolds, Bradley Cooper, Brad Pitt, and Channing Tatum before him.

He will also play the role of the Hunchback of our Lady. Like David Beckham, Brad Pitt and the other celebrities who received this distinction, Idris Elba says he is surprised at his appointment. The forty-year-old says he is very happy and calls his fans to continue to vote and pay the number of the week.