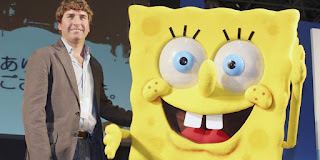 In addition to creating the series, Hillenburg directed the movie “The SpongeBob SquarePants” in 2004

The creator of SpongeBob Stephen Hillenburg died Tuesday at 57 years of age. The news was confirmed by Nickelodeon, the children’s and youth television channel, which broadcasts the popular cartoon series since 1999.

In a statement, the company said the cause of death was ALS (Amyotrophic Lateral Sclerosis), a degenerative disease that has no cure. Hillenburg had been diagnosed with her in March of last year.

He filled the series with a “unique sense of humor and innocence”. “His totally original characters and the world of Bikini Bottom will long remember the values ​​of optimism, friendship, and boundless imagination,” it said.

In his studies and as a teacher of marine biology Hillenburg dealt with the flora and fauna of the oceans, 1992, he graduated in animation in California. “SpongeBob Squarepants” first appeared in the US in 1999. The series takes place in the ocean-bottom town of Bikini Bottom, where SpongeBob, Starfish Patrick, Squid Squidward, and other marine life sponge live. In addition to children, young people and young adults also enjoyed the series.

According to “Variety”, nearly 250 episodes of the series have been aired, which has been translated into more than 60 languages. The German version was initially seen from 2002 to 2009 on Super RTL. Hillenburg also wrote and produced the “SpongeBob” films released in 2004 and 2015. A third film was scheduled for Hillenburg’s death in 2020.

Nickelodeon, which broadcasts the animated series about SpongeBob, expressed condolences over the death of Hillenberg. Representatives of the channel noted that his original characters and the Bikini Bottom universe will always be reminded of “the values ​​of optimism, friendship and the unlimited power of imagination.”

“Steve filled the SpongeBob Squarepants series with a unique sense of humor and naivety that brought joy to whole generations of children and families around the world,” the company said.

Stephen Hillenburg began his animator career in 1987. From 1993 to 1996, he worked on television as a director and screenwriter for the show on Nickelodeon ‘Rocco’s Modern Life’. In addition to creating the series, Hillenburg directed the movie “The SpongeBob SquarePants” in 2004.

The channel said it would keep “a minute of silence to honor of his life and his work.”

Stephen Hillenburg was born in Lawton, Oklahoma, in the United States, on August 21, 1961, was an animator, producer, and biologist. In 1998 he showed his work to Nickelodeon and although at first the name of the main character was SpongeBoy (“Sponge Boy”), he had to change it to SpongeBob (“SpongeBob”) because the first one had already been registered.

Several celebrities have paid tribute to the creator of SpongeBob.

Baywatch and Knight Rider star David Hasselhoff, who played a lifeguard in the 2004 film, said it was a “shocking loss.”

Cancer took the life of Yulia Volchkova at her 44