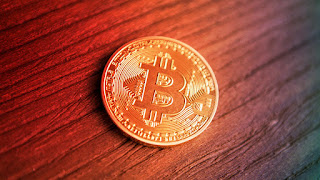 At Bit stamp, the major stock exchange, the bitcoin price dropped below $ 4,500 to its lowest level since October 2017. Since Wednesday alone, the oldest and best-known cryptocurrency has lost more than a quarter of its value.

Not only Bitcoin, but other well-known digital currencies like XRP, Ether or Bitcoin Cash continued to be under pressure on Tuesday. The Internet portal Coinmarketcap gives the value of all about 2000 cryptosystems currently with approximately 152 billion dollars. That’s nearly $ 60 billion less than just a week ago. At the time of the crypto-boom about a year ago, the market value of all digital currencies had reached $ 830 billion.

Experts cite many reasons for the current sell-off of digital equipment. All in all, many arguments point to a bad mood among the crypto supporters and interested investors. For example, there is a dispute over the “hard fork” of Bitcoin’s “little brother,” Bitcoin Cash.

In addition, decisions of the US Securities and Exchange Commission, which sentenced two companies last Friday for so-called digital IPOs (ICOs) to penalties. In addition, investors have long waited in vain for the admission of an exchange-traded index fund (ETF) to Bitcoin.

This is the lowest position since October 2017! The largest cryptocurrency lost 30 percent last week. By the end of last year, Bitcoin was worth nearly $ 20,000.

The SEC has revealed that it has twice fined two startups, AirFox and Paragon, which raised funds through Initial Coin Offering (ICO), i.e. by issuing digital tokens without authorization, the authority considering that these tokens are financial securities (security tokens).

At the end of a dispute settlement, AirFox, a Boston seedling, who had raised $ 15 million by ICO last year, and Paragon, a Blockchain project for the cannabis industry, which had lifted 12 million, will each pay $ 250,000 fine.

The prices of other currencies also fell sharply. For example, the value of a spin-off, Bitcoin Cash, was almost halved in a day. Coins such as XRP, Ethereum, EOS, Litecoin, Cardano and Monero lost 10 to 20 percent of their value within 24 hours.

Traders and analysts still do not know what’s causing the price erosion. Maybe it has to do with the new version of Bitcoin Cash, which debuted last week. The fear is that this new coin is destabilizing for other cryptocurrencies.

Digital currencies are subject to significant fluctuations and are much more sensitive to changes than regulated, traditional currencies. Bitcoin is considered a prime example of these fluctuations. While the cryptocurrency traded for more than $ 20,000 a year ago, it’s not even worth a quarter of that high.

There is no concrete reason for the weakening rates of the cryptocurrencies. Many investors believe Bitcoin’s Bitcoin Cash spin-off and consequent bad sentiment are responsible for the decline in cryptocurrency prices.

The only adequate reason for the fall of the Bitcoin rate

The main reason for the fall in the BTC rate, in our opinion, is the imminent launch of futures trading on the Bakke * exchange.

The fall of Bitcoin began in October after a period of stability, unusual for a deliberately unstable cryptocurrency market. In October, bitcoin was trading at $ 6,400, and last week its exchange rate fell sharply by 9% to $ 5,390. The maximum of this cryptocurrency reached in December last year, when its rate amounted to almost $ 19,000, forcing everyone to pay attention to it. True, in four weeks the cost of Bitcoin fell below $ 10,000.

Experts believe that the current fall is only the beginning. Analysts at Bloomberg Intelligence predict that in the future the value of the main cryptocurrency may drop below $ 1,500 per token. The signal for this was the recent NVidia financial report, which reported a drop in demand for graphics processors after a cryptocurrency boom.

The company has already stated that it wants to make a revolution in the field of cryptocurrency trading, and if a large number of institutional investors come to the market with the platform, this will really happen. And this will definitely lead to an increase in the rate of the main cryptocurrency. Therefore, we are sure of the following: what is happening in the market now is a test purchase before the December events.

Bitcoin sinks below $ 5,000 after the SEC cracked down on ICOs

The same opinion was voiced earlier this month by Joey Krug, one of the investment directors of Pantera Capital. According to him, the next rally could raise the market capitalization 10 times. And to initiate this really is just in the power of Bakke. Everything that is happening now, is happening in the interests of Bakke since the threshold of entry to the market for new investors is attractively reduced. Consequently, panic is in vain.

Highlighting the need to protect investors, the SEC also detailed the sanction announced on Nov. 8 against EtherDelta and its founder, Zachary Coburn, who had not registered its platform of crypto-active exchanges with the Commission or asked for an exemption.

The Financial Constable pointed out that EtherDelta had everything from the classic trading platform, interface, and features, no matter what technology was used. Crypto-active brokers and sellers will also be required to register with the SEC.