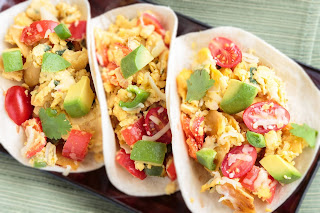 It’s taco season! Today officially kicks off the celebration of Taco Bell for the International Taco Day following the tradition of past years and adding more than 20 countries to this special celebration. Taco Bell gives all Guatemalans the reason to celebrate the most delicious season of the year, with a price of Q 5 per taco in all our tacos, from the eve, October 3 and until the mere day, the 4 October in the 57 restaurants around the country.

At the beginning of the 19th century, Mexican literature and recipes show the ‘wrapped up’ made with tortilla stuffed with different stews, sometimes bathed in some sauce, but no taco is mentioned as we know today until 1891, in Manuel Payno’s novel ‘Los Bandidosde Río Frío’.

“The dates of the festivities are the same around the world and the celebration of Taco Day is universal,” Marisa Thalberg, Global Chief Brand Officer of Taco Bell Corp. “International Taco Day has become an expected and beloved tradition in the United States and it is an honor to transfer it to our friends in Guatemala and 20 countries around the world. ”

Today is National Taco Day, another deliciously invented holiday when retailers give away free food and offerin customer favorites. A day of celebration of tacos is no exception to what is rapidly becoming a way for the chains to compete in all versions of the same discounts in a very complete one today.
Since 2017, Taco Bell has entered new markets such as Australia, China, Holland, Finland, Peru, Romania, and Sri Lanka, achieving undeniable acceptance by customers and reaffirming why they are the most delicious tacos in the world.
Last year, Americans ate 4.5 billion tacos, according to the National Taco Day website. How do you think this one day will be compared? Let’s find out. Here are the Mexican chains that offer offers and free tacos for the National Taco Day 2018.

“Our accelerated expansion to almost 30 countries is the best indicator of our clients’ unlimited taste for tacos,” Liz Williams, President, Taco Bell International. “That’s why it makes sense that we celebrate the season of International Taco Day with them”

The traditions will expand with celebrations centered not only on our menus but also on Christmas style stories such as “Glen and the Magic Taco”, which counts the history of the origin of the International Taco Day according to Taco Bell. The favorite of the celebration, inspired by the founder of Taco Bell, Glen Bell and starring “El Cruncho”, will be broadcast until October 4 to excite customers for this great day, as well as the special offers we will have throughout the season.
The most well-known culinary historians and scholars of the United States and Mexico agree on the intuition that taco as a dish – that is, an omelet stuffed with food – has existed in Mexico for at least two centuries, although the first records of that a taco like the ones we know today was called taco dating from 1880-90.

In Mexico, people talk about tacos since the 19th century

One of the most renowned specialists tacos United States, researcher and professor at the University of Minnesota, Jeffrey M. Pilcher, began researching the history of Mexican food since the early 90s and concluded that although no it has been possible to establish an exact date of origin of the taco, it is known (from the documents and logbooks of the conquest) that the indigenous cultures of Mexico consumed food wrapped in corn tortillas since before the arrival of the Spaniards.
At the beginning of the 19th century, Mexican literature and recipes show the ‘wrapped up’ made with tortilla stuffed with different stews, sometimes bathed in some sauce, but no taco is mentioned as we know today until 1891, in Manuel Payno’s novel ‘Los Bandidosde Río Frío’.
On the origin of the name,there is no certainty. It could be derived from the Nahuatl word ‘taco‘ which means half or in between and make reference to the fact that the food is placed in the center of the tortilla, although the historian Pilcher has the theory that the word is taken from the Spaniards, for whom the word had several other meanings (plug, stick, billiard stick, drink).
According to him, in Mexico the miners called ‘tacos’ some small loads of dynamite that were used in the excavations, but they also used to eat ‘sweaty tacos’ (prepared with tortillas passed by oil and almost always filled with potatoes, which are accommodated by dozens in a well-covered basket to keep them warm). Later, when the mining zones entered into crisis after the War of Independence of 1810, the miners migrated to Mexico City with their families, carrying with them the habit of eating what we know today as “sweaty or basket-like tacos” that at that time also They were called ‘miner’s tacos’.

The taco boom as fast-food in the United States

According to Gustavo Arellano, author of Taco USA: How Mexican Food Conquered America, consumption of the taco spread widely throughout the United States since 1962when the Taco Bell franchise was born.
Obviously, throughout the southwest region of the United States that before the Treaty of Guadalupe (1848) was Mexican territory, there are strong Mexican culinary roots, as can be seen in the Tex-Mex or Cal-Mex cuisine. In his book Planet Taco: A Global History of Mexican Food, Jeffrey M. Pilcher notes that “the first American settlers in the area created their own negative stereotypes of Mexicans,” so even though they liked Mexican food, they were afraid to go to the neighborhoods where it was achieved.