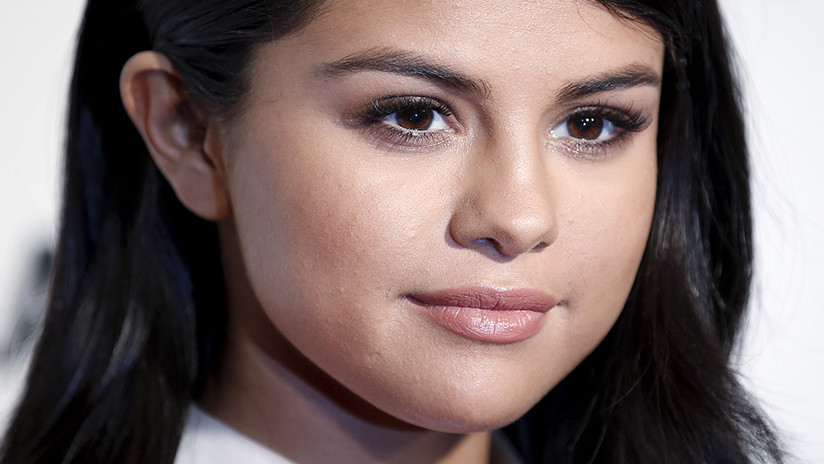 Selena Gomez is not going through the best moment of her life and is that yesterday TMZ reported that the singer had been hospitalized twice in recent weeks, the first was in September after her relatives were given an account of his depressive state.

Apparently, on the second occasion she was in the hospital it was because she suffered an “emotional crisis” and she pulled the intravenous lines after which she was transferred to a psychiatric center.
The 26-year-old is in the Cedars-Sinai hospital in Los Angeles, the portal said.

Selena has always made known to her thousands of followers how she is in health, so much so that in 2015 she confessed through her social networks that she suffered from Lupus. In the ailment last year she had to undergo a kidney transplant.

Recall that the American artist has been strongly criticized after his former partner Justin Bieber was engaged to Hailey Baldwin.
A few weeks ago, Gomez mentioned in his social networks that she would take a break and clarified that negative comments can hurt feelings.

American singer and actress Selena Gomez has been hospitalized twice in the last two weeks and is now in a psychiatric center in Los Angeles (USA) to receive a dialectic behavior therapy after suffering an emotional crisis, said on Wednesday. TMZ portal, citing its sources.

According to the media, Gomez, 26, was admitted to the hospital for the first time in the last week of September in a state of nervousness and depression due to an alarmingly low level of white blood cells after the kidney transplant to which the patient was subjected. last year for lupus.

WHAT IS THE ILLNESS THAT SELENA GOMEZ SUFFERS AND WHY DID SHE END UP IN THE PSYCHIATRIC HOSPITAL?

Being an artist is not easy. Much less it is to have an illness with which to fight every day but above all, fight. In the last four years, Selena Gomez has struggled with a disease called lupus and, just last year had a kidney transplant that apparently was not well received by her body and therefore was hospitalized but, in the midst of her desperation, ended interned in a psychiatric hospital.

According to information provided by various media such as People and TMZ, Selena Gomez had an emotional crisis while she was in the hospital. According to sources close to People, the singer was hospitalized twice in recent weeks due to a drop in her white blood cell levels, an issue that may be a side effect in patients who have received kidney transplants. Her family insisted that Gomez goes to the Cedars-Sinai center in Los Angeles after realizing that she was having a depressive and pessimistic attitude after receiving her blood tests.

The first time she went to the hospital, she left a few days later. But for the second visit, caused because the problem of falling white blood cells persisted, Selena Selena suffered a panic attack and even ripped out the intravenous she had in her arms. “She has had some difficult weeks and the panic attack in the hospital was the tip of the iceberg,” a source told the publication. The problem was that when she was informed that she could not be discharged, she became desperate and finally had the attack.

Given this, the singer decided to enter a psychiatric and undergo a behavioral or dialectical-behavioral dialectic therapy, which is a psychotherapeutic method designed to find an identity and then change negative thoughts and patterns. That is, it treats the characteristic symptoms of borderline personality disorder – such as affective instability, identity disorder, impulsivity and difficulties in social relationships – through skill training, individual psychotherapy and crisis care. So far, research has shown success stories with patients with high impulsivity.

Another thing that has also been discovered is that this disease is more common in African-American, Hispanic and Asian women. Also, medical researchers detected that the disease may worsen due to stress and even some patients may suffer from various psychiatric disorders, which can range from personality disorders and depression to hysteria and hypochondria.

Until now, the cure for this condition has not been discovered, but it is possible to lead an optimal life through medications that control the effects of lupus as anti-inflammatories, corticosteroids or antimalarials. In more severe cases, the treatments must be focused on organs or tissues that are or could be affected.

A few days later, the Disney ex-star left the hospital. However, at the end of last week, she re-entered the mental health center, since the low level of white blood cells persisted, which caused a negative emotional spiral in her.

“Negative comments can hurt anyone’s feelings,” the singer said on her Instagram account when announcing her temporary retirement from social networks.

Shortly after being admitted, the actress insisted on leaving, but doctors said she could not, after which Gómez tried to tear the intravenous lines out of her arm. According to reports the media, the singer suffered a nervous breakdown after what happened.

On September 23, Selena Gómez shared on her Instagram account that she would take a break from social networks, stressing that “negative comments can hurt anyone’s feelings”. The singer was the subject of hate comments on social media after her ex-boyfriend, Justin Bieber, became engaged to Hailey Baldwin.

Before leaving the networks, the artist noted during a live broadcast on her Instagram account that the depression had consumed her life for five years.