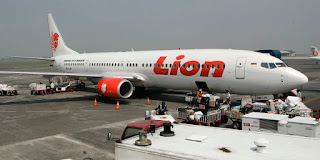 Jakarta Indonesian authorities are scantly looking for survivors of the Boeing 737 plane of the national low-cost carrier Lion Air that crashed today with 189 people on board in the Java Sea.

“So far we have not found any survivors,” the director of operations of the Indonesian search and rescue agency (Basarnas), Agus Hariono, told Efe by telephone.

Agus added that they have found parts of the bodies of some of the people who were traveling aboard the aircraft, which crashed in the Java Sea within minutes of taking off from the capital’s airport with 181 passengers and eight crew on board.

Brigadier General Bambang Suryo Aji said in statements to local media that he believes that “nobody has survived,” according to the remains found in the area of ​​the accident. Agus added that they have found parts of the bodies of some of the people who were traveling aboard the aircraft, which crashed in the Java Sea within minutes of taking off from the capital’s airport with 181 passengers and eight crew on board.

Brigadier General Bambang Suryo Aji said in statements to local media that he believes that “nobody has survived,” according to the remains found in the area of ​​the accident. The authorities have revealed for the moment that the pilot was of Indian nationality and there was an Italian among the passengers, although they continue without confirming that they are the only foreigners.

Parts of the plane and some of the occupants’ belongings were found about eight kilometers east of Cape Tanjung Karawang, located in the eastern part of Jakarta Bay. However, most of the aircraft’s fuselage has not yet been found and only nine bodies have been removed from the water, according to Bambang.

The military said that the bodies of the victims could be trapped in the cockpit of the plane.

About 160 rescue personnel, who have come from the provinces of Jakarta, Lampung, and Bandung in several ships and helicopters, are looking for the victims of the accident and the black boxes of the plane with divers and underwater vehicles by remote control between 35 and 60 meters of depth.

Three experts from Singapore will help the Indonesian teams with equipment to locate the black boxes starting tomorrow, said the director of the National Committee for Transport Safety, Soerjanto Tjahjono.

The salvage operations will last a week and will be extended three days later if necessary.

The device, with the identification JT 610, disappeared from the radars thirteen minutes after taking off from the Jakarta airport at 6.20 local time (23.20 GMT on Sunday) to Pangkal Pinang, on the island of Bangka (north). At the capital’s international airport, family members of the occupants of the plane await news separated by a security cordon of the curious and the press.

The president of Indonesia, Joko Widodo, lamented the accident in a televised intervention from the island of Bali and asked the relatives to “wait for the search and rescue team that is currently working in the place (of the accident).”

Before crashing, the pilot requested the return to the airfield of the Indonesian capital but did not send an emergency signal, said the authorities, who are still awaiting information from the black boxes. Between the two pilots, they added about 11,000 hours of flight and the plane was relatively new since it started operating in mid-August and had about 800 hours of service.

The executive director of Lion Air, Edward Sirait, revealed in a press conference that the aircraft presented technical problems after a previous flight last Sunday that was solved and the plane was approved to fly “by a certified engineer”.

Founded in 1999, Lion Air, Indonesia’s largest low-cost airline, has had half a dozen minor accidents and one fatal accident, which occurred in 2004 in the city of Solo and where 25 people died.

One of the incidents without fatalities occurred in 2013 when it crashed during the final approach to Ngurah Rai International Airport, on the island of Bali, in which 108 people survived.

In June 2016, the European Union withdrew the Indonesian company from its blacklist of aviation security.

In December 2014, an airplane belonging to the Indonesian subsidiary of the AirAsia company crashed with 162 people on board while on the Surabaya-Singapore route.