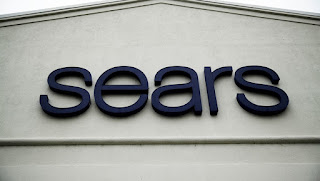 The famous department store chain is 125 years old. And it is a victim of the online sales model.

Sears presented its bankruptcy plan in a New York court on Monday, after seven years of losses that reached 11,000 million dollars, with which the department stores seek a structure of sustainable capital, to face the Christmas campaign and restructure the business.

In a statement, the US chain announced a series of actions to achieve a liquidity line of 300 million dollars, continue to streamline its operating model and “grow profitably in the long term,” a plan that includes the closure of a total of 188 stores between this November and the end of the year.

To facilitate these actions, the company submitted its voluntary petition plan pursuant to Chapter 11 of the Bankruptcy Code – creditors’ meeting – in the United States Bankruptcy Court for the Southern District of New York.

According to the commercial holding note, Sears has received commitments from its lenders that it will receive $ 300 million in primary loans and is negotiating subordinated financing of another $ 300 million. The department store chain Sears Holding, once the largest retail emporium in the world, was welcomed this morning in a New York court to Chapter 11 of the bankruptcy laws.

Sears bankrupt, confirms that it will close several stores

The announcement marks the end of an era for retail in the United States, in which Sears was first overtaken by chains such as Walmart and Home Depot, and later displaced by internet firm Amazon as the preferred option to buy clothes, tools, and appliances.
The company said in a statement that it reached an agreement with its creditors that will allow Sears and Kmart stores to remain open and take advantage of the start of the holiday season.

He also stressed that his majority shareholder, Edward Lampert, the administrator of an investment fund that had been at the helm of the company since 2005, would no longer serve as an executive director although he would remain as chairman of the board of directors.
Sears also announced that it would close down 142 stores by the end of the year, and that liquidation sales of such assets would begin in the short term. These actions are in addition to the 46 stores that are expected to stop operating next month.
Currently, the company manages approximately 700 Sears and Kmart stores and employs about 70,000 people in the United States.
The bankruptcy filing came before Sears had to pay $ 134 million as part of its debt maturities.

Sears expressed its intention to move forward with the restructuring process as quickly as possible and promised to continue with its reorganization plan in the short term. The bankruptcy process will give the company the flexibility to strengthen its accounts, which will allow “the company to accelerate its strategic transformation, continue adjusting the size of its operating model and return to profitability,” said Lampert.

Pending approval of the bankruptcy court, Sears expects the financing “to improve the company’s financial position immediately and support its operations during the restructuring process.”

The plan presented expects to close some 150 stores that are not profitable and it is expected that liquidation sales in these stores begin soon.

The declaration was given before he had to pay $ 134 million as part of the expiration of his debt. This is in addition to the previously announced closure of 46 unprofitable stores that are expected to be completed by November 2018.

“In recent years, we have worked hard to transform our business and unlock the value of our assets,” said Edward S. Lampert, president of Sears Holdings, who added in the statement that “although we have made progress, the plan still has delivered the results we have desired, and address the immediate liquidity needs of the company.”

In his opinion, the bankruptcy will offer the company “the flexibility to strengthen its balance, which will allow its strategic transformation, continue adjusting the size of its operating model and return to profitability.”

“Our objective is to achieve a comprehensive restructuring as efficiently as possible, working in close collaboration with our creditors and other holders of securities, and be better positioned to execute our strategy and key priorities,” he said.

Sears, a 125-year-old department store chain in the United States, is a victim of the new business model that retailers face versus the giants of online sales. This commercial chain currently has about 900 establishments, compared to the 3,500 that it had in the past, and about 90,000 employees, instead of the 100,000 that it had.