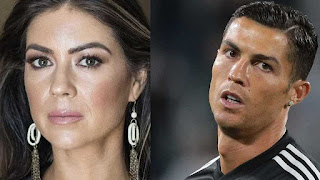 The 34-year-old actress alleges that the Portuguese soccer player raped her in a hotel in Las Vegas nine years ago.

Meet Kathryn Mayorga, the woman who accuses CR7 of rape

A new scandal is shaking the Portuguese crack, Cristiano Ronaldo, and all for the account of some accusations of rape interposed by the former American model, Kathryn Mayorga.

The news came to light in 2009 and after it was published in an interview published in the German magazine, Der Spiegel. Again the scandal splashes the footballer and all because the woman has asked to lift the agreement of silence that was signed, to tell the truth of what happened.

Cristiano Ronaldo is under a civil suit at this time. The Juventus forward is accused of violating in 2009 Kathryn Mayorga, a 25-year-old American woman (now 34), whom he would have invited to spend the night in a luxury hotel in Las Vegas.

The soccer player Cristiano Ronaldo has denied having raped a woman. The Juventus star has described Mayorga’s accusations as “false”. At the time of the alleged attack, Ronaldo, who was then 24 years old, was on vacation in Las Vegas with his brother-in-law and cousin. The model, then 25 years old, was working at the Rain nightclub, inside the Palms Casino Resort and she found the star in the VIP area of ​​the place.

At that time, both parties agreed to a payment of 375 thousand dollars so that the case would not come to light, but the truth is that she could not overcome it, that time she signed out of fear, financial inability to face her, lack of experienced lawyers in these types of cases. Now she is willing to face it and to know if more women appear outraged by Portuguese.
For that reason, we make a recount of the interview Mayorga offered to Der Spiegel and the details of that fateful night:

The lawyer of the American woman considers that there are legal arguments to resume the events that occurred on June 13, 2009.

What happened that night?

At that time the woman would have received 375 thousand dollars and in order to withdraw the charges and silence the witnesses. Katheryn was a beautiful model of 25 years to which her friends called her “Kat” and who told that the events occurred on June 13, 2009.
According to Infobae, his job was to be present in nightclubs and bars in Las Vegas, where he lived and belonged to the “upper-middle class”.

Cristiano Ronaldo, who was about to sign a million dollar contract with Real Madrid for 100 million dollars, spent at least a week in the US city and stayed at the Palms Casino Resort, in a suit with a Jacuzzi that was around 6,300 euros.

Who is Kathryn Mayorga, the woman who accused Cristiano Ronaldo for rape?

The German magazine Der Spiegel uncovered a scandal this week when it published the interview with Kathryn Mayorga, the former US model who claimed to have been sexually abused by Portuguese star Cristiano Ronaldo in 2009. Today, nine years later, he broke the alleged agreement of silence that he had signed at the time, for which he would have been offered $ 375,000 to withdraw the charges and silence the witnesses.

According to the model, she and a friend accepted the invitation of Cristiano Ronaldo and his group of friends to go up to the suite.

Cristiano offered Mayorga a shirt and shorts to change.

Everything happened the night of June 13, 2009, in Nevada, Las Vegas. Until then, Katheryn was a beautiful 25-year-old model whom her friends called her “Kat”. His job was to be present in nightclubs and bars in Las Vegas, where he lived and belonged to the “upper-middle class”.

Mayorga and her current husband

Nine years later, the 34-year-old former model had to abandon her job as a primary teacher to “put all her strength” in defending the case that led to Clark County’s justice in snowfall.
The environment of Ronaldo, meanwhile, denies any type of accusation and his lawyer, Christian Schertz said that those were all part of “an inadmissible report of suspicions in the area of ​​privacy.”

One of those nights, the Portuguese decided to attend the Vip de Rain sector, a nightclub at the Palms Resorts Casino. It was in that place where he met Kathryn Mayorga, along with other models.
Mayorga affirms that he refused and reveals some of the phrases pronounced by the Portuguese.

“He got on his knees and said: ‘Ninety-nine percent of me is a good guy. I do not know what’s going on with that one percent. I’m sorry, I’m usually a gentleman, “said the model.

The lawyers of Cristiano Ronaldo have referred to this matter that splashes the Portuguese and announced legal actions against the German newspaper ‘Der Spiegel’.