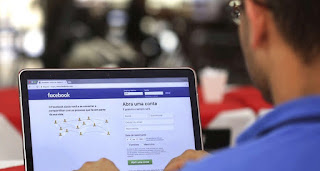 Facebook estimates that CA was able to access the data of 87 million people, mostly in the United States, without their consent, and have used them for the Trump campaign.

In this April 10, 2018 file photo, Facebook CEO Mark Zuckerberg arrives to testify before a joint hearing of the Commerce and Judiciary Committees on Capitol Hill in Washington about the use of Facebook data to target American voters in the 2016 election.

Facebook said it has uncovered “sophisticated” efforts, possibly linked to Russia, to influence US policy on its platforms.
The company said it removed 32 accounts from Facebook and Instagram because they were involved in “coordinated” political behavior and appeared to be fake. Facebook reported its findings after The New York Times reported on them earlier Tuesday, July 31, 2018.

Facebook, through Guy Rosen (VP of Product Management), recognized the existence of a security breach. Although the investigation is in its infancy, the company can confirm that the attackers have exploited a vulnerability in the code that had an impact on the “See how” function. This allowed him to obtain the access tokens (which serve so that users do not have to re-enter their data every time they use the application) that could then be used to take control of the account.

These are the main scandals that have affected the net Facebook, a recent victim of the hacking of almost 50 million accounts due to a security breach, and that raises doubts about another 40 million accounts.

According to Facebook, everything goes back to 2013, when a Russian-American researcher, Alexandre Kogan, developed an application of psychological tests, “this is your digital life”, proposed in the social network like other external applications, to which the client connects via your Facebook account
Some 300,000 people download it to access information about their profiles, but also to the data of their “friends”.

In this regard, the company explained that the criminals exploited a breach in their code that allowed them to control the accounts of other people. He added that after discovering what happened, they alerted the authorities and repaired the vulnerability. As of 2015, Facebook limits this capacity and prevents third parties from accessing the data of “friends” without their consent.

The social network is informed the same year that Kogan transmitted the recovered information to the British firm Cambridge Analytica (CA), specialized in data analysis and strategic communication.
In 2016, CA had been hired by the campaign team of the Republican candidate for president of the United States, Donald Trump.

The network claims to have received guarantees in 2015 that CA had erased that data. But, Facebook estimates that the firm could access the data of 87 million people, mostly in the United States, without their consent, and have used them for the Trump campaign.

Cambridge Analytica, which rejects these allegations, ceased its activity and filed for bankruptcy in the United Kingdom and then in the United States.
Facebook is accused by its side of negligence in the protection of data of its users. Despite the group’s apologies, the image of Facebook was very bad after this scandal.

The FTC, the US trade regulator, already accused Facebook in 2011 of “cheating” users and warned against third-party applications because they had access to too much data. These accusations were settled with a friendly settlement.
Facebook is also accused, like Twitter and Google, of having allowed proliferating “false information” to manipulate public opinion during the US presidential campaign of 2016 and to favor the election of Trump.

These three companies admitted to finding on their platforms messages, accounts, and pages from the Internet Research Agency, considered by the United States justice as a factory of ‘trolls’ paid by the Kremlin to flood social networks with messages on controversial issues ( weapons, immigration, religion).

Facebook is accused of not having verified these contents and the authenticity of their authors, especially since the financing of political advertisements from abroad is prohibited in the United States.

In mid-September, Facebook president Mark Zuckerberg said the group is “better prepared” against attempts to manipulate elections while planning new threats to the US legislative elections in November.