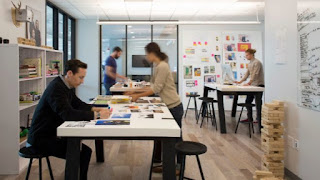 Eventbrite, the American company that sells tickets for events through the Internet, has started its journey on the New York Stock Exchange with a rise of almost 60% compared to the price set in the Public Offer of Sale.

The company will raise 230 million dollars with the transfer to the market of 10 million shares and after raising its starting price to 23 dollars per share, in the highest range of a fork that started from 21 dollars. As soon as we started trading, the shares of the technology were already exchanged at 36 dollars.

This figure implies a stock market capitalization of about 2,750 million dollars, compared to the 1,760 million estimated in the IPO. Eventbrite, which has chosen the New York Stock Exchange (NYSE) for its new stock market adventure, intends to take advantage of the boom of technology companies, which set records in the stock market.

Other companies in the sector, such as Dropbox and Spotify, have also started trading on Wall Street this year. The company intends to finance its growth strategy with the operation, which led it to acquire the Spanish Ticketea in April to boost itself in Europe.

Income of Eventbrite was boosted by 61% in the first half of the year, although the company continues to lose money. The co-founders of the technology, the Julia and Kevin Hartz, control 17.4% of Eventbrite, which also includes venture capital firms Sequoia and Tiger Global.

Eventbrite will be quoted with two types of shares, one of which has the most voting rights.