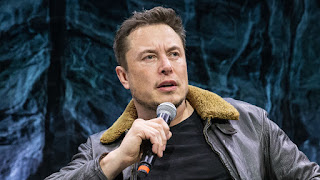 The executive will maintain the position of CEO and is sanctioned with 20 million.

The speculations of the last hours on the future of Elon Musk at the head of Tesla materialized today with the announcement that the employer has reached an agreement to leave the address of the manufacturer and thus avoid a fraud demand.

The presence of Musk at the head of Tesla had been questioned for months, initially by the repeated inability of the automaker to reach production quotas for Model 3 established by the businessman himself.  Doubts about the management style of Musk recently increased with the multiplication of tweets and controversial statements, such as calling pedophilia one of the divers who participated in the rescue of Thai children trapped in a cave.

The difficult year of Elon Musk seems to have reached its climax. The tycoon will no longer be the president of Tesla after an agreement with the US Securities and Exchange Commission (SEC) And is that the US agency considered a fraudulent action series of comments that the employer expressed through Twitter. In them, Musk thought to privatize his company due to the existence of investors who would be willing to pay 420 dollars per title.

But the bizarre chapter of the possible sale of Tesla, which Musk propitiated and led the SEC to file a lawsuit against the businessman on Friday, has finally caused his temporary departure from the company he founded in 2003. The SEC had sued Musk to consider that his series of messages on Twitter on August 7, communicating his intention to take Tesla out of the stock market thanks to the existence of investors who would pay 420 dollars per share to the company’s shareholders, was a fraudulent act that temporarily inflated the value of the shares.

According to the SEC, Elon Musk’s tweets were deceptive and temporarily inflated the value of Tesla’s shares. The commission filed a lawsuit against the manager. The founder of Tesla agreed with the Wall Street regulator to leave the direction of the automotive firm for three years in exchange for maintaining its work as CEO. Likewise, Musk will have to pay a fine of 20 million dollars – plus another 20 to be paid by Tesla. He will be replaced by an independent president and select two new counselors.

After hours of speculation in the main US media, the SEC announced in a statement that Musk accepts that he will not be able to serve as chairman of the Tesla board of directors for three years and during that time he will be replaced by an “independent” person.

In addition, Tesla will appoint two independent directors for its board of directors and will establish a “new committee of independent directors and will place more controls and processes to supervise Musk’s communications.” Stephanie Avakian, co-director of the SEC’s Compliance Division, said the measures announced today “are specifically designed to address the problem of misconduct by strengthening corporate governance and oversight of Tesla to protect investors.”

Since the publication of the South African on the possible exit of Tesla from the stock market, the shares of the manufacturer have reduced up to 30%, which translates 20 billion dollars in losses for investors according to the newspaper El Mundo.

Musk has reached an agreement after being sued by a tweet that he published last August. Elon Musk resigns as president of Tesla, although he will remain as executive director of the company after reaching an agreement on fraud charges, but is forced to resign as president for three years. The billionaire will have to pay a fine of US $ 20 million and appoint two new independent directors for the company.

Because Musk is the main individual shareholder of Tesla, his fortune has been affected due to the rise and fall of the manufacturer in the stock market. The businessman has lost four billion dollars approximately. Despite the agreement, Musk has decided not to comment on his legal problems and has preferred to surround himself with his legion of followers on Twitter, his favorite means of communication.

The lawsuit originated due to the fact that last August, Musk caused Tesla’s shares to go off with a single tweet, where he said that he was considering that his company stopped trading on the stock market. “I’m considering taking Tesla out of the bag at $ 420. Financing, insured, “wrote Musk on Twitter.

Today, Musk limited himself to announcing to a follower of the company that Tesla is preparing itself to deliver his vehicles directly in the address or position of work instead of the traditional method to force the buyer to go to the stores of Tesla to take charge of the automobile.

On Friday, Tesla shares lost nearly 14% of their value and closed the day at $ 264.77, $ 42.75 less than the mark set at the end of Thursday. The loss is the biggest suffered by the manufacturer since the end of 2013. Since Musk surprised everyone with the tweet about the sale of Tesla, the value of the shares of the manufacturer has been reduced by 30%, which means that investors have lost almost 20,000 million dollars.

Tesla and its CEO, Elon Musk, agreed to pay a total of 40 million dollars and make a series of concessions to end a government lawsuit that argues that Musk manipulated investors with misleading statements about an alleged acquisition of the company. The agreement with the US Securities and Exchange Commission (SEC) allows Musk to remain CEO of the electric vehicle firm but requires him to resign as president for at least three years.

The punishment to Musk is double. Not only does he leave Tesla’s management and still face demands filed by several groups of investors who feel cheated by his tweets, but as the largest single shareholder of Tesla, his fortune has been considerably reduced in the last 45 days. Musk owns around 20% of Tesla shares so, since the beginning of August, the businessman has lost about 4,000 million dollars with the fall.

Musk, whose fortune is estimated at 20,000 million dollars, and Tesla, a company ended June with 2,200 million dollars in cash, they will each pay 20 million to settle the case, which arose from a tweet sent by Musk 7 August, which indicated that there were sufficient funds to acquire the securities at $ 420 per share, a figure well above the price at that time.

The negative turn in the value of Tesla’s shares may have influenced Musk to have an apparent change of opinion and negotiate the agreement. Musk had rejected a similar agreement before the SEC’s lawsuit on Thursday arguing that he had done nothing wrong by publishing the tweet in which he stated that he had secured the funds to direct an acquisition of Tesla.

What many wonders now is whether Tesla, without the entrepreneur at the helm, will lose the attractiveness that has made it more than just a car manufacturer. Musk and Tesla reached the agreement without being forced to accept or deny the accusations of the SEC.