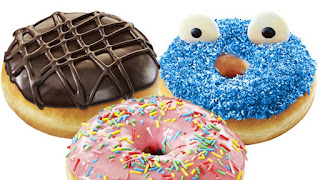 The American company cuts its commercial name to suit its customers

Renewed or die. The company Dunkin ‘ Donuts has cut its commercial name and was renamed, Dunkin. Numerous media, especially Americans, have echoed this news. It is worth remembering that these donuts are one of the most popular sweets in US homes.

Currently, 60% of the sales in its establishments -about 12,500 distributed around the world- are coffee and other beverages, and this surprising rebranding -new name and a new logo- try to reflect the habits of its clientele. They want to continue being “relevant for young customers”, explained one of the company’s managers, David Hoffman, and for that, they will also simplify the menu and orders placed through a mobile app can be collected in the box. “Our new brand is one of the many things we are doing as part of our growth plan to modernize the Dunkin ‘experience for our customer,” Hoffman explained.

To avoid panic among fans of the colorful donuts, Dunkin ‘has clarified a few hours ago that Dunkin’ will always be synonymous with donuts. It has been that way for 68 years, they say. In other words, your most sweet customers can be very calm. “We have always had, we will always have”, they have tweeted.

According to reports’ Seattle Times’, the change of name will take place officially in January 2019, when it will begin to appear in all the boxes, bags and glasses of the establishments of the USA. This change will be made in a much more gradual way in the rest of the franchises. It will not be the first time that the Massachusetts- based company changes its name. The company was originally called Open Kettle and was renamed in 1950 as Dunkin ‘Donuts.

In Spain, where last year celebrated its 20th anniversary, the chain has some 65 restaurants that employ about 500 people and is immersed in an expansion plan with the aim of reaching 150 stores in 2021. Curiously, in Spain, it has been 11 years since he changed his name to Dunkin’Coffe, more in line with his business concept.

The case of Dunkin Donuts could be reminiscent of KFC, formerly known as Kentucky Fried Chicken. That change, however, was more controversial. “There are people who believe that in Kentucky Fried Chicken we had to change the name to KFC because they did not let us use the word ‘chicken’. This is for them. ” This is how the chain began to end with a loop that started on the internet. And if there was any doubt, in 2017 they launched another ad with the catchy song ‘Chicken, Chicken’, proving that they were not forbidden to use that word in their letters or campaigns.