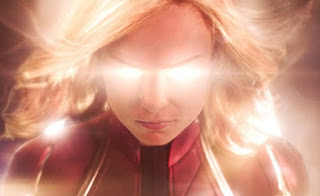 The heroine joins the Marvel Cinematic Universe and does so with a very important role.

The months of waiting came to an end. Marvel Studios has released the first official trailer of Captain Marvel, one of the most anticipated films of 2019 and that will serve as a prelude to Avengers 4, the final closure of the third phase.

The film is of great importance for the Cinematic Universe of the company, not only for the necessary context that the superheroine needs but also for being the first Marvel female character that has its own film. We knew that Captain Marvel would be one of the most powerful characters, and in his first advance we have no doubt about it:

According to the synopsis of the film, the story will tell us how Carol Danvers became one of the most powerful heroines in the universe. Unlike what many believed, the narrative will not focus entirely on showing us its origins, because the character will already have some control over his powers and we will see it accompanied by Starforce, a military group Kree.

The film will be set in the 90s and will allow us to see a younger Nick Fury. The link between both characters will be explained

The film will be set in the 90s, which will allow us to see a much younger Nick Fury. The magic of computer graphics has made actor Samuel L. Jackson lose some years of life to adapt to this era. Yes, when he still had his right eye and still did not reach the position of director of SHIELD Entering spoilers, the film will tell us how that link between Captain Marvel and Fury was formed, remember that the latter called her in the post-scene -Avengers credits: Infinity War.

After the brutal experience that represented Avengers: Infinity War, we are all left with the expectation to the limit for the premiere of Captain Marvel. But here comes a gift to calm the cravings.

The friends of Marvel Entertainment, without giving any warning, released by surprise the first trailer of Captain Marvel (or C Capitan Marvel, as it will be known in Latin America). Showing all your cards and your bet to achieve one of the most important movies in your film universe.

According to statements by Kevin Feige, Marvel Studios director, much of the film will run in space. For that reason, the enemies of the film will be the Skrulls, the eternal rivals of the Kree. They will be led by Talos, who in the comics infiltrated as another human on planet Earth until discovered by Captain Marvel.

The film will premiere on March 8 of next year and, as already mentioned, it will be the first film of a female character within the Marvel Cinematic Universe, but not the last one. Kevin Feige recently announced that his goal is to create more heroine films.

Captain Marvel has the direction of Anna Boden and Ryan Fleck ( Mississippi Grind ), while the script is the responsibility of Geneva Robertson-Dworet ( Tomb Raider ), Meg LeFauve ( Inside Out ), Nicole Perlman ( Guardians of the Galaxy ), Liz Flahive and Carly Mensch ( Glow ).

Johnny Depp retired as Jack Sparrow from ‘Pirates of the Caribbean’