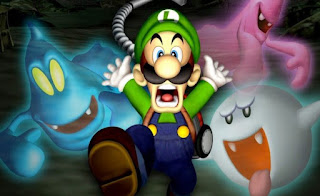 Initially scheduled for last week, today Nintendo Direct has been issued, the company had promised, has focused on Nintendo 3DS, Nintendo Switch, and the Switch Online service.

We review and compile the most relevant announcements of an event that has left us unexpected surprises, ports rumored for months and the confirmation that Nintendo 3DS is nearing the end of its successful life cycle.

A new presentation focused on what is to come to Switch and 3DS. We look forward to more information about highly anticipated games like Super Smash Bros. Ultimate or Pokémon Let’s Go. But also third-party games as it can be Dragon Ball FighterZ.

Of course, we hope to leave doubts about the latest rumors that pointed to a new game of Golden Sun or Mario Super Sluggers. And, finally, we will have all the information about the Nintendo Switch Online payment service, which will be active on the next 19th. Then, we leave you the live one.

And if you have not arrived on time, then we tell you to minute by minute everything that Nintendo presents during the Nintendo Direct. let’s start!

Luigi’s Mansion 3 is in development for Nintendo Switch with a spectacular gameplay trailer. Shinya Takahashi, who will accompany us throughout the presentation, explains that Luigi’s new adventure will arrive in 2019 and that they will share new information later on.

Nintendo has started strong announcing a new installment of the franchise starring Luigi, a character who had recently been mistreated a bit. Of course, they have not given any information about it. Later, they declare.

Kirby: In the realm of ice, a game originally released for Wii in 2011, will come to Nintendo 3DS in 2019. It shows with a gameplay trailer that reviews the playability of this adorable title. For your jump to 3DS, you will have new features. Kirby will have new skills, there will be a diabolical mode and new mini-games.

Mario & Luigi: Journey to the center of Bowser + The adventures of Bowsy. It will go on sale on January 25 for 3DS!

it’s time to see a new Mega Man 11 gameplay coming to Nintendo Switch on October 2 with amiibo compatibility. Cities Skylines Nintendo Switch Edition, which will bring the original game of Paradox Interactive and the additional contents After Dark and Snow Fall. Available at the end of the presentation!

The World End With You Final Remix, which will include a new story and will be available on October 12. But first, the Great N will launch Xenoblade Chronicles 2 Torna: The Golden Country on September 21. Those who have the season pass can play it now!

Let’s go with Mario Tennis Aces! Nintendo announces that it will be updated to version 2, which will bring new characters: Birdo, Shy Guy, Paratroopa and Floro Piranha. In addition, there will be a new way of calling a cooperative mission, in which, online, players will have to cooperate to overcome different temporary missions. By doing so, they will receive new special costumes, alternative colors and more. All this from September 19.

They have remembered, of course, that a port of the first delivery will come to Nintendo 3DS on October 19.