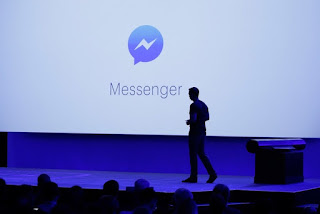 In the United States, the Justice Department is pushing Facebook to remove end-to-end encryption for phone calls in Messenger. But such a security layer would not exist.

The United States Government tries to force Facebook to unlock the encryption of its popular instant messaging application Messenger. The objective is that the police authorities can listen to the conversations of those people who are immersed in criminal investigations.

New controversy surrounding privacy. As published by Reuters, the United States Government wants to force Facebook to unlock the encryption systems of its Messenger application. The objective, as the news agency assures, is that the authorities have access to the voice conversations of those people who are being investigated for committing criminal acts.

This has fueled the debate over the right to privacy of users and if companies can be forced to alter their solutions to allow the surveillance of suspects in favor of security. For the time being, and according to sources consulted by Reuters, the social network has faced the demands of the US Department of Justice before the courts.

Specifically, the dispute is taking place in California, where a judge has already heard the arguments on the government’s motion to declare Facebook in contempt because it refused to comply with the request for surveillance. Neither Facebook nor the Department of Justice has wanted to comment.

On Facebook, it explains that listening to conversations is impossible since the user has the possibility since 2016 to enable the encryption of its exchanges and that only the complete rewrite of the code would allow access.

This quirk has been noted across the Atlantic: Trevor Timm, the executive director of the NGO Freedom of the Press, displays his circumspection and says he has not found any trace of any announcement of Facebook announcing the default and end encryption at the end of phone calls on Messenger. Same thing on the side of the journalist Zack Whittaker, of TechCrunch, which was struck silence of the site on this subject.

According to the sources, the demands of the United States Government occurred as part of the ongoing investigation into the MS-13 gang, which has served as an argument to Donald Trump to criticize the “lax” immigration policies.

Should encryption of communications be bracketed whenever justice needs to access information that could potentially be used to resolve investigations? Behind this question, which comes up regularly in the news, including in France, is a crucial debate: it is about where to place the cursor between security and privacy.

Facebook has ensured that Messenger voice calls are encrypted from end to end, which means that only the two parties have access to the conversation. In addition, he assures that breaking these measures would have serious consequences for his company since users would see that their security is not adequately protected.