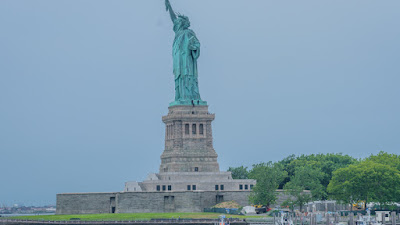 Dozens of people attended a rally in Little Rock on Thursday to unveil a monument to the Satanic Temple after the Arkansas Legislature approved the placement of a Ten Commandments monument on the grounds of the state Capitol, KATV reports:

During the Rally of the Satanic Temple, a statue of Baphomet (Bafomet, in Spanish) of more than 8 feet high was unveiled:

The Satanic Temple of Little Rock in the state of Arkansas, the United States secured a bronze statue of Baphomet in the square in front of the State Capitol building. An idol with a human body and a goat head is an international symbol of Satanism. The 2.5-meter statue is still placed on a temporary platform, but Satanists intend to achieve the installation of Baphomet on a permanent basis in accordance with the right to freedom of religion, as enshrined in the Constitution of the United States.

Co-founder of the satanic temple of Arkansas, Aifi Forrester, told The Independent that if a monument can be erected in the country that is an attribute of one religion, there should not be prohibitions for representatives of other denominations either.

Those who were against the demonstration also attended and told KATV that they hoped to spread the love of God. After the installation of the monument of the Ten Commandments, the Satanic Temple presented a demand for its statue to occupy the same place in the name of religious pluralism and the First Amendment. During the 2017 legislative session, the Satanic Temple sent a letter to Arkansas lawmakers asking lawmakers to sponsor a bill that would allow a statue of Baphomet on the grounds of the capital, but no legislator responded.

Leading Republican politicians of the United States condemned the statue, calling it an “offense”, and Christian activists staged a protest march from the Capitol of Arkansas.

Earlier News.ru wrote that the secretary of the Russian Security Council, Nikolai Patrushev, feared that the Neopaganists, Occultists, and Satanists would lure children and sports fans to their side.
Known Republican politicians of the United States condemned the installation of the statue, calling it a “crime.” Christian activists staged a march of protest at the Capitol of Arkansas