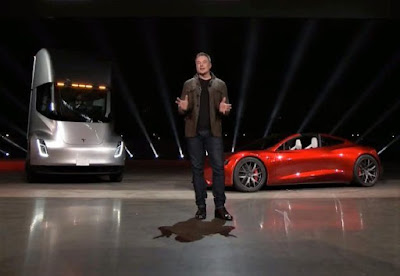 Nowadays, it is both the best era and the worst era for electric vehicles. The good news is that the industry, investors, and consumers are paying more and more attention to electric vehicles. The bad side is that electric vehicles are in a very embarrassing situation. From the perspective of the big environment, the product power of electric vehicles has not yet matured, but it is urgently needed for large sums of money for research and development, production, and marketing. As a result, many factors have caused the electric vehicle industry to be in a difficult position to seize the commanding heights of the future, but have failed to achieve the expected goals. Therefore, we also see that different electric vehicle companies have developed different growth plans according to their respective stages. For example, Tesla, which has been on the market for several years, suddenly exposed the news of privatization, and the new power of the car represented by Weilai in China is smashing its head and rushing to the market!

Tesla plays privatization, and the rising star is still proud of listing.

Elon Musk has always been a “singer” who does not follow the common sense. But it is also his unpredictable and unpredictable idea that makes him a successful “real version of Iron Man.” Just recently, Musk issued a tweet like a blockbuster. “We are considering privatizing Tesla at a price of $420 per share. The funds are guaranteed.” One stone stirred up a thousand waves, Tesla wants The news of privatization is rampant.
But contrary to Tesla’s desire to delist and complete privatization, domestic new car power is accelerating the pace of listing. Previously, Wei Lai, Wei Ma, Zero Run, Bai Teng, etc. have all revealed that they should actively list. In the end, it is Wei Lai.
On August 14, Weilai Automobile submitted the IPO prospectus document to the US Securities and Exchange Commission. According to the prospectus, Weilai Automobile plans to be listed on the New York Stock Exchange under the ticker symbol “NIO” and plans to raise up to US$1.8 billion. Even Li Bin, the founder of Weilai Automobile, announced that he plans to transfer the 50 million shares of NIO (about 1/3 of all beneficially owned NIO shares) to the trust at an appropriate time in the future, allowing NIO users to discuss and propose How to use the economic benefits of these stocks.
From the perspective of the big environment, Weilai listing is a microcosm of the third wave of IPO trends of Chinese companies. After all, in the recent period, Iqiyi, Youxin used the car, fight more, Yingke, Xiaomi, Meituan comment, Tongcheng Yilong, baby tree, hunting and so on, have been listed or actively preparing for the listing.
More importantly, Weilai is still far from profitable. Wei Lai mentioned dozens of risk factors in the prospectus, including the current production, but has not yet generated income from production, not yet profitable, and these may continue in the future; the future may need to continue financing support…

It seems that the real reason for Weilai’s listing is actually “panic.” Wei Lai had a net loss of 3.33 billion yuan in the first six months of this year. The net loss in 2017 and 2016 with no income was 2.57 billion yuan and 5.02 billion yuan respectively, with a total loss of 10.92 billion. If you don’t go public again, it’s hard to get a lot of money.

Therefore, there is no way for the domestic new car-making forces to actively go public. Since the financing has been very difficult, it can only take the road of listing. Although it will be peeked into the whole process of its own development by the capital market, it is always stronger than living “starving to death”.

Tailored! The electric car company is still looking forward to

It can be seen that in fact, Tesla’s privatization and domestic new car power are desperate for listing, and are tailored according to the stage. Just like a giant’s thinking concept, operating methods, etc., it is definitely very different from the startup company – after all, the location and height are different. But there is no doubt that the ambition of electric car companies still exists.
As an electric car company that fights against traditional cars and points to the future, they are actually moving toward the same goal – making electric cars the mainstream means of transportation for the future. US President Roosevelt once said that

Tesla (TSLA) Wall Street Journal says Tesla revised the terms of Panasonic earlier this year, Other companies can also buy from Panasonic. There are reports that Tesla wants to shut down the solar business. Tesla said that no change, Panasonic has no comments directly…Now the news can directly say that insiders are unwilling to be named.,Casually edited…I see that there are still a few shorts that bought Tesla’s money and became angry and angry. I know that if you buy Tesla, you can’t lose money if you can hold it. I am also curious about how you are losing money.

Life is like playing rugby. You can’t foul, don’t dodge the ball, but rush to the bottom line. For these electric car companies, they are moving forward through different means and strategies for their own goals. It doesn’t matter if they can laugh at the end. The most important thing is to really make electric cars mature from maturity. In the end, advances in the times will allow electric vehicles to fully land.