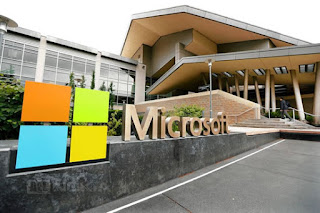 The US Department of Justice and the SEC opened an investigation into the company’s business practices in 2013 and 2014 when selling software to the Hungarian administration.

After Italy, Romania, or even China, it is now in Hungary that the giant Microsoft is suspected of corruption. According to the  Wall Street Journal,the US Department of Justice and SEC (Securities and Exchange Commission), the constable of the New York Stock Exchange, have opened an investigation.

This is for them to determine whether Microsoft is at the heart of a system of bribes related to the sale of certain software (such as Word or Excel) to the public administration of thiscountry where corruption seems to have reached an unprecedented level.

In this case, which dates back to 2013 and 2014, Microsoft is suspected of having provided its software at a very low price to intermediary companies. The latter wasthen commissioned to resell them at a high price to the Hungarian administrations, some of which belonged to the health sector or to the defense sector.
No less than tenpublic administrations would thus be the object of the attention of the American authorities, according to the Hungarian newspaper “Népszava“.
For US investigators, it is a matter of determining whether these observed price discrepancies masked a system of corruption designed to allow Microsoft to win Hungarian public contracts. They are not the only ones to investigate. Hungarian courts are also interested in Microsoft’s business practices.

If the investigation is in progress, on the side of Microsoft we want above all to remain calm. The US firm does not deny the facts about the price gap, but for her, the case is largely closed.
In a statement sent to the Wall Street Journal, Microsoft’s deputy legal director said that after discovering practices contrary to “his business ethics,” the company had launched its own investigation and dismissed four employees, including the director of its Hungarian subsidiary, Istvan Papp.
It also, on this occasion, ended its relations with four intermediate companies and overhauled its business processes to prevent this from happening again.