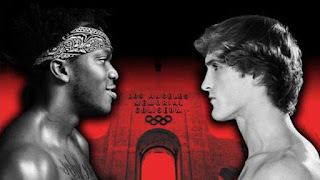 KSI and Logan Paul – YouTube stars with 37 million subscribers between the two – will take their social media fight to the boxing ring.

The confrontation will be this Saturday and has been announced as “the biggest event in the history of the internet”.

YouTube fans from all over the world have already chosen which side they are on and will keep an eye out for the moment when these two heavyweights of social networks come to the ring at the Manchester Arena in England. Both are popular, divisive and have a very controversial past.
KSI, 25 years old, is a daring British gamer, comedian vlogger and rapper, whose videos have accumulated 4.4 billion views despite strong criticism for his lewd comments towards women in some of his videos.
And Logan Paul is a 23-year-old American ex-warrior joker who became famous on the Vine digital platform before moving to YouTube, where he has nearly 4,000 million views.

Paul caused outrage early in 2018 by showing in one of his videos the body of a person who apparently had committed suicide in Japan. Both have cultivated a frantic dispute on the Internet with the aim of attracting more audiences to the event in which they will physically face each other and that will be broadcast on pay-per-view through YouTube.

A “profitable” opportunity
The fight is seen by some as a strategy of KSI and Logan Paul to get more out of their careers.
When the BBC asks if this fight hopes to redeem himself from his mistakes past, Logan says, “I do not think this is the redemption I think you can make a part, but. This fight does not represent in any way redemption for my mistake of last January

“Yes, I think it’s an opportunity for me to take a step back on the internet and concentrate my efforts elsewhere, and it’s also an opportunity to show the world a new version of Logan Paul, not just the dumb guy from a video blog internet, “he adds.

On the other hand, when asked if he regrets his previous behavior, KSI says: “I definitely regret some of the things I said and did, but you know, I’m a human being and human beings make mistakes.”
Social networks can be a place of combat, so it may be logical that Internet superstars bring their hostility to the real world.

In one of the KSI training sessions in Manchester before the fight, British fan Shaf Miah, 25, says that this type of duel is “the next level of internet fights.”

Miah says: “If you read the comments (on YouTube), you realize that people are willing to physically hit someone they do not like. Michael Zepeda, 21, came from Los Angeles to Manchester for the fight. “They both have a lot of subscribers,” he says. “Everyone wants to look.”
He adds: “I want to see Logan kick his ass.” (KSI) “He deserves it.” He has done many things wrong with the spectators. “
CJ Melia, 21, traveled to Manchester from Dublin. ” I want it to happen, ” he says. “I’m so excited about this, I’ve been watching KSI for about nine years, which is why I started my first YouTube channel eight years ago.”
“I never thought something like this would happen, this is the biggest event YouTube has ever done.”

How did the fight come about?

It all started when two other YouTubers, Joe Weller and Malfoy, took the ring last year. At that time, KSI said that it would fight against the winner.
Joe Weller won the fight and KSI faced him at the Copper Box Stadium in London in February. Won.
The fight was broadcast live on YouTube, for free, and had 1.8 million viewers, while another 36 million watched the show later on the official channels of each.
But this Saturday’s will be much bigger. And this time people who want to see it will have to pay almost $ – nine.
The biggest?
But is this the biggest event in the history of the internet? The Dukes of Cambridge might have something to say about it. His wedding of 2011 holds the Guinness record for the largest audience watching a live event, with 72 million. Although, certainly, this wedding was not an Internet product, while the youtubers fight itself.

The youtube Jordan Antle, known by the name TheFearRaiser, says: “Seeing two YouTubers that have a lot of fans fighting each other life, in front of millions of people, in something audit or. It’s a very strange combination of two worlds It is attracting a lot of attention because of how different it is. “

KSI and the Paul brothers have undoubtedly been doing everything possible to take their fans to a state of frenzy.
Both have been dedicated videos full of insults and have participated in controversial press conferences.

This Wednesday, Deji appeared unannounced in the gym where Jake Paul trained in Manchester and ended up receiving a slap from him.

Only the beginning
Although what has happened so far seems nothing but mischief, the manager of KSI, Liam Chivers, insists that it is “100% real”.
“People think that these guys are not professional fighters, that this is fun and,” says Chivers.
“No. E these two types are in an absolute pedestal and have egos have a hugely passionate audience. They have built their reputation and audience over many years, and everything is at stake, ” he adds. “They have attacked each other with such force that they really are very angry with each other, there is not a shred of lies in this.”
More than 15,000 tickets to the Manchester Arena are already sold, but Chivers is reluctant to predict how many people will register to watch the fight live.
“It’s really hard to know: this is the first time such a thing has been done,” he says.
Anyway, if something is clear is that KSI and Logan Paul found an effective way to improve their profiles and bank balances, and other YouTube users can do the same.
Whoever wins the bragging rights in Manchester – and the winner will boast a lot – the couple has already agreed to a rematch in the United States.
This is a fight that has just begun.