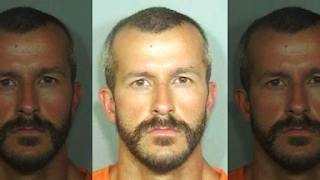 33-year-old Chris Watts of Colorado claimed that his 34-year-old wife Shennan and two little daughters disappeared without a trace. The man begged the police and the public to help him find a missing family, which he himself destroyed, tells Fox News. Chris Watts told reporters that on Monday, August 13, Shennan stopped responding to his phone calls and did not appear at the reception with the doctor to whom it was recorded. Frankie, Shannan’s brother, wrote on his Facebook page that he would like to remain “alone with this heartless psуcho” for half a minute to find out whу he did this?

Shennan, Bella, Celeste, if you are here, just come back. If someone kidnapped them, please just return them. I just need to see them all. I need to see everyone again. Without them, this house is empty. Shannan Watts at 15 weeks gestation and two pair girls, 3-year-old Celeste and 4-year-old Bella were disappeared in the town of Frederick, which is 35 miles north of Denver. On Thursday, the police discovered a body that belongs to Shannan Watts. The police have “good reasons to believe” that they know where the bodies of children are.

As the police managed to find out, the man himself killed his wife and daughters right in the common house, and then took out their bodies in garbage bags. After the arrest, Chris confessed to the deed but refused to show where the remains of the victims are. He said that on the day of the murder he and his wife quarreled a lot, which prompted him to commit a crime.
Now the man is charged with triple murder and trying to mislead the investigation. What punishment he faces, is not yet known.