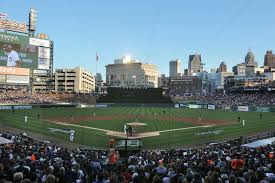 The second Preseason game of the Lions was on the slip. We do not want to rate much today, the games are there for the coaches. They have to somehow cut their squads down from 90 to 53 on 53.

The game will also go down in the annals as one of the Lions’ worst preseason games.

The starters of both teams were given operational times well into the second quarter. QB Matthew Stafford led his offense three times on the turf. At the first jump, a usual safe Matt Prater field goal went out, with the other two was after three attempts closing. To make matters worse, he was also sacked twice, once collapsed his Oline in a frightening way. Each trailer also caught his breath for a short time, as Stafford hit his elbow with a Defender’s throw in the limb, but as he kept playing, it did not seem to have been serious.

He made 2 of 5 passes for 52 yards. Overall, the offense earned 89 yards in the first half, of which 24 per running game. His best play was a 42-yard pass over the middle on his flexible RB Theo Riddick. This was at the same time the preparation for the mentioned FG.

The game changer was then a 79-yard drive over 17! Plays from Giants Davis Webb Backup QB. Finally, this ended in an 8-yard TD pass on Backup RB Wayne Gallam Jr. Since New York a short time later still succeeded FG, it went with a 3:10 in the halftime.

The Giants were able to extend this lead when a typed ball from TJ Jones was an interception. The following QB Scramble from the third QB of New York’s Kyle Lauletta ended in another TD. The tragic thing about this move was that Special Teamer and secure 53er candidate tore the cruciate ligament and this means the Saisons. Later, two more rushing TDs arrive in New York, while Detroit also scored twice and the defeat was limited. But what insights have Matt Patricia gained from this game?

This was bad:
While the first defense was in the field, New York managed to add an endless drive of 17 plays without the starters Manning, Barkley, and OBJ

The first offense of Detroit was largely deregistered

The 17:30 looked just so tight, because of two late TDs in the fourth quarter as the game was already decided it could have been far worse

Detroit oversleeps like before the start. If you take both Preseason defeats together, they have scored 68: 202 yards in the first quarter, this can not be in Matt’s sense. Here is usually the first offense in the field.
The Oline had caught a moderate day. Above all, Left Tackle Taylor Decker beat Olivier Vernon one by one, and once Stafford felt painful.

Steve Longa’s cruciate ligament tear. The LB last season had promising approaches, will be missed especially in the Special Team. He was a safe 53-man candidate.

LeGarrette Blount was on duty in the last quarter. He showed why he is here. In 9 attempts, he managed “only” 30 yards. But every time he powered through the thickest defensive lines, thus showing that he is difficult to stop.

Ricky Jean Francois and Da’Shawn Hand looked bad against Oakland. The New Formed Defensive Line had not found its groove yet. Here it looked better. They almost even rewarded themselves when Francois forced a fumble and hand ran to a yard line with the ball. Unfortunately, the referees saw an Incomplete Pass.

Jarrad Davis could actually be in both categories. Two of his first three tackles were tackles for loss. But the running game was never his problem. He has some difficulty in the passing game, seen at the first TD of the Giants, as he anticipated wrong and so close

Darius Slay beat three passes. But there are also shadows here. On the long New York Drive, he created a PI in the end zone for four new fresh attempts at just this.